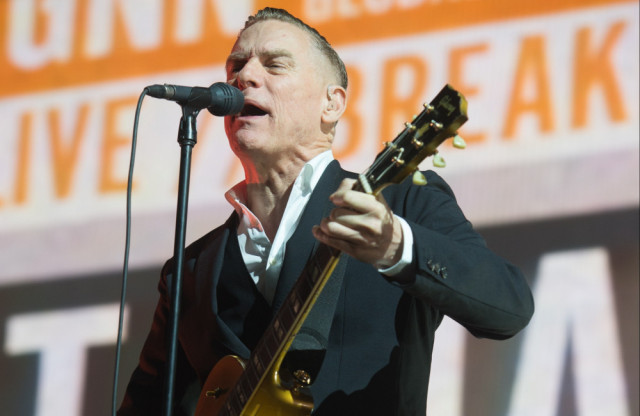 Bryan Adams would be ‘thrilled’ if no one remembered him

Bryan Adams would be “thrilled” if no one remembered him.

He said: “I couldn’t care less if I’m remembered or not. In fact, if I woke up tomorrow and there was no trace of me on the internet, I’d be thrilled.

However, Bryan admitted he’s had one legacy suggested to him that he enjoys the idea of.

He told Ramp Style: “Although… I once did an interview with a Brazilian journalist who asked me if I knew how many kisses my songs were responsible for.”

“I had never thought about that before. He calculated that it would be in the billions. I really liked that.

“Imagine being responsible for a billion kisses! That would be okay with me, because without love we are nothing. So to be able to bring a little love into this world… that means everything to me.”

While he’s photographed a range of people and places over the years, it’s his portraits of his family that mean the most to the ‘Heaven’ hitmaker.

Asked which of his photos say the most about him, he said: “The photos of my family. I treasure them more than anything.

“I sat with my grandfather and photographed him when he was 89. We talked about his time as a Royal Engineer in the World Wars. He was so humble. I miss my grandparents terribly.”