Cardi to pay for funerals 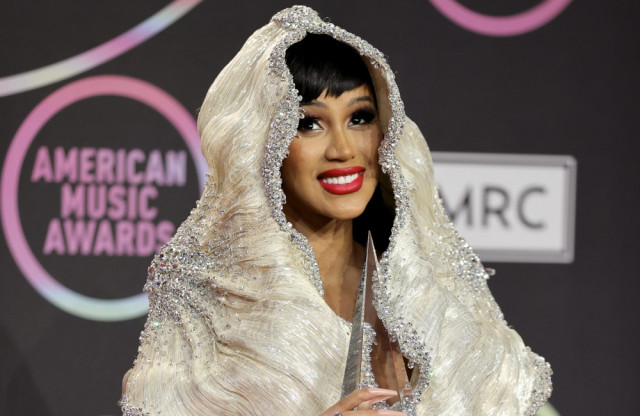 Cardi B will pay for the funeral costs of those who died in a fire in her hometown neighbourhood of New York’s the Bronx.

The 29-year-old rapper “needed to do something” when she heard about the apartment block fire which claimed the lives of 17 people earlier this month and hopes that footing the funeral bills will help families as they “move forward and heal.”

In a statement, she said: “I’m extremely proud to be from the Bronx and I have lots of family and friends who live and work there still. So, when I heard about the fire and all of the victims, I knew I needed to do something to help. I cannot begin to imagine the pain and anguish that the families of the victims are experiencing, but I hope that not having to worry about the costs associated with burying their loved ones will help as they move forward and heal.”

The ‘WAP’ hitmaker – who was raised in the Highbridge neighbourhood of the South Bronx before making it big in music – then went on to send her condolences to those affected by the incident.

She continued: “I send my prayers and condolences to everyone affected by this horrific tragedy.”

Officials believe that the fire – which was the city’s deadliest in over 30 years – was sparked by a faulty space heater.

Cardi will also meet the cost of repatriation for the victims who were originally from Gambia so that the families can bury them in their home land, according to a statement made by the City Hall in the capital of the West African country.

It said: “The Grammy Award-winning artist has committed to paying costs, including repatriation expenses for some victims buried in the Gambia, through the Mayor’s Fund’s Bronx Fire Relief Fund.”