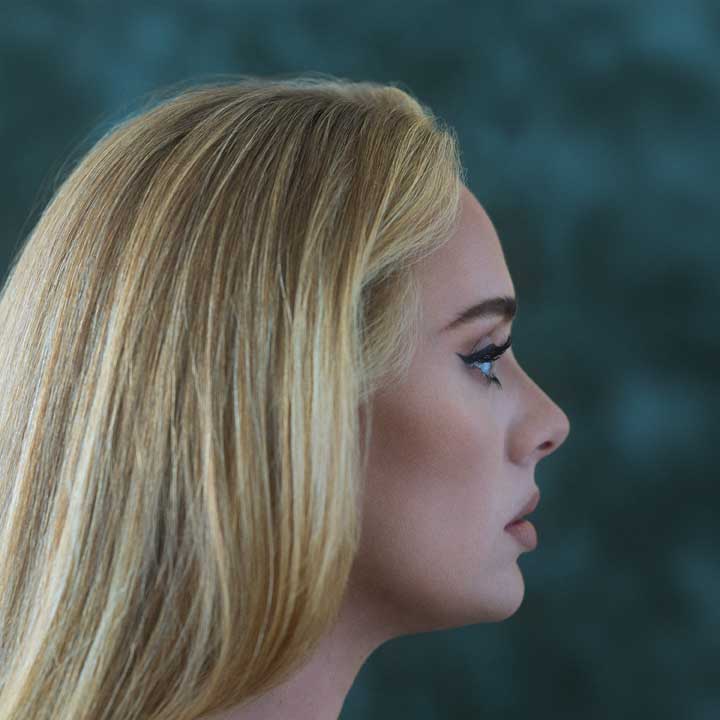 SONY Music confirms that Backspacer Records, an independent record store based in Metro Manila, is the official distributing partner of Adele’s chart-topping LP, 30. The indie record shop, which gained popularity for being the home of limited edition and exclusive OPM releases, as well as rare and wide-ranging international titles, will be selling an exclusive Japan pressing of the album in standard black vinyl. The British singer-songwriter’s landmark LP not only broke records in terms of digital sales and streaming all over the world, but also smashed physical sales performance for both CDs and vinyl this year. “We’re grateful to Sony Music for entrusting us with this special project,” Backspacer Records co-founder Robert Tuazon said in a statement. “Tasha and I are excited to open our doors to music fans who have been wanting to get a copy of this remarkable pop release.” Adele’s 30 contains two 180-gram LPs with printed inner sleeves and standard jacket. On hand copies of the vinyl can now be purchased via Backspacer Records’ official website and its physical store located at the 2nd Floor of D’ Ace Plaza in Kapitolyo, Pasig City, Metro Manila. The record is also available through Backspacer Records’ retail partners: Plaka Planet in Makati City, Stereofiles in Quezon City, and Baihaus in Cebu City. 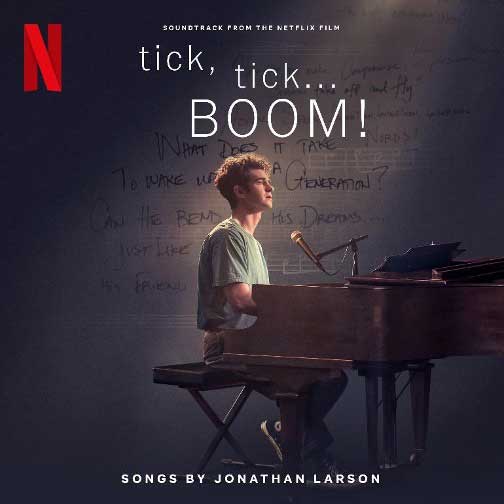 SONY Music Masterworks has released the official soundtrack to the acclaimed Netflix film, tick, tick… BOOM! — an album containing music from the film adaptation of Jonathan Larson’s autobiographical musical, directed by Pu-litzer Prize and Tony Award winner Lin-Manuel Miranda. The soundtrack features songs by Mr. Larson, who revolutionized musical theater as the creator of Rent, as performed by the film’s cast, which includes Andrew Gar-field, Alexandra Shipp, Robin de Jesús, Joshua Henry, Mj Rodriguez, Bradley Whitford, Tariq Trotter a.k.a. Black Thought of The Roots, with Judith Light, and Vanessa Hudgens. Rounding out the 17-track collection are four bonus numbers, including a special end credits reprise of “Come to Your Senses” featuring Jazmine Sullivan and a cover version of the previously unreleased Jonathan Larson song, “Only Takes a Few,” performed by folk band The Moun-tain Goats. The official soundtrack of tick, tick… BOOM!’ is available on all digital music platforms worldwide via Sony Music Masterworks. 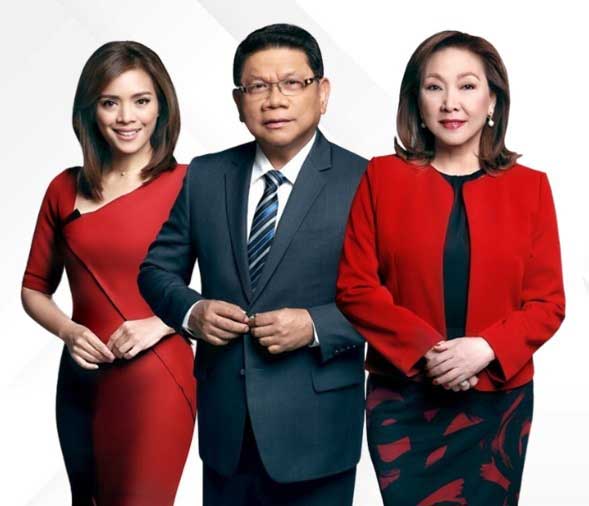 THE GMA news show 24 Oras was named as the Grand Final Winner in the Best News Program category at the 2021 Asian Academy Creative Awards (AAAs). Besting entries from 16 Asian countries and territories, GMA Network’s flagship newscast was recognized for its Special Coverage of Typhoon Ulysses (Vamco) that struck Luzon in Nov. 2020. The GMA news teams went to severely hit areas and reported on families trapped on their rooftops. The news teams served as the lifeline to authorities for many who needed rescue and other assistance. The show’s nationwide coverage provided viewers information and public service at a time when they needed it the most. The show is anchored by Mel Tiangco, Mike Enriquez, and Vicky Morales. Held annually, the AAAs recognizes the excellence of programs and personalities that represent and promote Asian content and creativity.

ROCK BAND The Itchyworms celebrates their 25th anniversary with the second installment of their holiday-themed album, Christmas Starts When the Bers Begin. Capturing the spirit of Pinoy Christmas, the album contains two new tracks to the original Christmas album, “Halo-Halo” and “Meri Xmas 2 U.” Written and produced by drummer and lead vocalist Jazz Nicolas, “Halo-Halo” is a festive reinforcement of the classic tradition, an upbeat tune. “Meri Xmas 2 U” is a sparkly reimagining of Pinoy Christmas carols. The 2021 AWIT Awards Winner for Best Musical Arrangement plan to add more songs to the Yuletide-themed album every year. Christmas Starts When the Bers Begin is part of the band’s celebration of its 25th year in the Philippine music industry, which follows the release of the original single “Eto Na (Ang Maliligayang Araw)” and the six-part series, Worms Upon A Time: An Itchyworms Podcast. The Itchyworms are also set to drop a mockumentary that chronicles their 25 years in the music industry at the end of the year. Christmas Starts When the Bers Begin is available on all music streaming platforms.

ED SHEERAN and Elton John ring in the festive season with their new single “Merry Christmas,” available now across all platforms. “Merry Christmas” provides the perfect dose of Christmas cheer — packed with sleigh bells, uplift-ing arrangements, and joyous harmonies, the song is topped by lyrics that add to its festive sparkle: “So kiss me under the mistletoe / Pour out the wine let’s toast and pray for December snow / I know there’s been pain this year but it’s time to let it go / Next year you never know, but for now, Merry Christmas.” During the 2021 Christmas period, Mr. Sheeran’s and Mr. John’s global record and publishing royalties from the single and profits from sales of the single will be donated equally between the Ed Sheeran Suffolk Music Foundation and The Elton John AIDS Foundation. 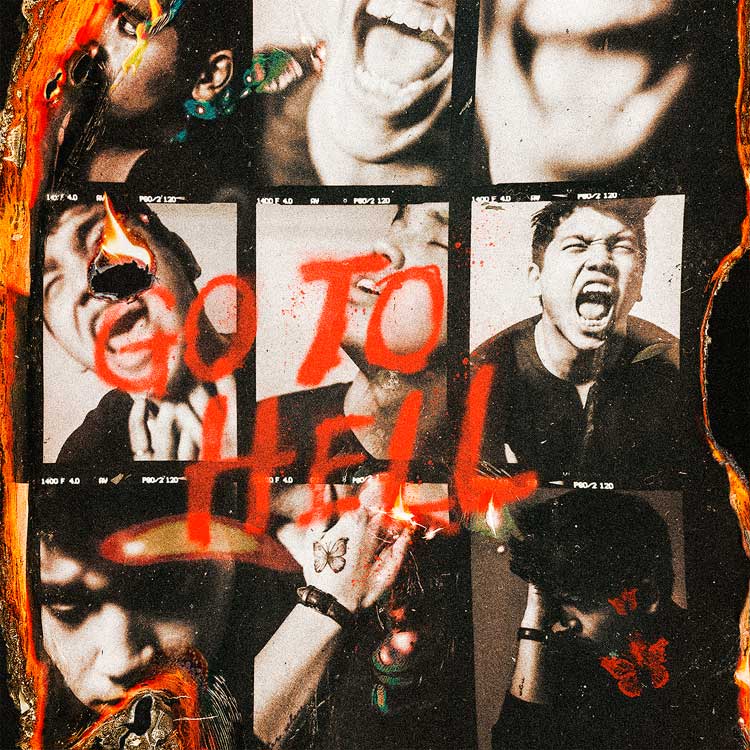 FILIPINO-Norwegian singer-songwriter Clinton Kane has released a new single, “Go to Hell,” a breakup song that finds him reeling from the dissolution of a romantic relationship. Speaking about the new track, Mr. Kane emphasizes that the song is completely different from anything that he has released in the past, and that it has a more alternative rock-leaning edge to it. “Go to Hell” is lifted off Clinton Kane’s forthcoming debut album, due out early next year via Columbia Records/Sony Music. The track is available on all digital music platforms worldwide.

TOP DAWG Entertainment’s multi-platinum selling artist SZA has officially dropped her new single, “I Hate U.” Initially released on an anonymous Soundcloud account this year, the track is produced by Rob Bisel, Carter Lang, thankgod4cody, and Dylan Patrice. With soulful vocals enveloping a minimalist sonic backdrop and laid-back synths, SZA reflects on a rocky romantic relationship that seemed to have taken a toll on her emotional health. “I Hate U” is out now on all digital music platforms worldwide via TDE/RCA Records/Sony Music.

SMART’s GigaPlay App offers its first ever pay-per-view film, Love Is Color Blind, featuring the “love team” of Donny Pangilinan and Belle Mariano. Set to be released on Dec. 10, 10 a.m., on the GigaPlay app, Love is Color Blind is the first full-length feature of the on-screen couple. They play two friends who navigate the simple joys and complexities of young love. From Dec. 10 to Jan. 10, Smart subscribers may rent the film on the GigaPlay app for P199 to watch and rewatch for 48 hours. To watch, download the GigaPlay app onto a smartphone and connect to Smart mobile data. 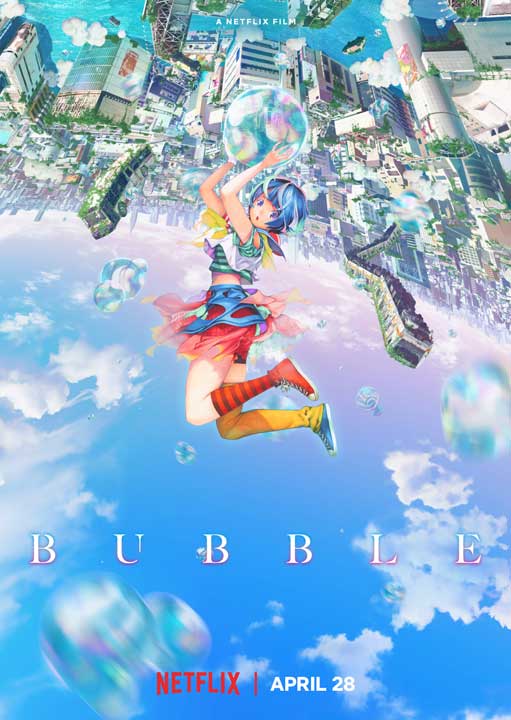 BUBBLE, a new animé feature directed by Tetsuro Araki and animated by WIT Studio — known for the hugely popular Attack on Titan animé — will premiere worldwide on April 28, 2022 on Netflix. The film takes place in an alter-nate Tokyo where the laws of gravity have been broken due to bubbles that manipulate this force of nature. It features a screenplay by Gen Urobuchi (Puella Magi Madoka Magica), character designs by Takeshi Obata (Death Note) and music by Hiroyuki Sawano (Promare). Actors lending their voices to the characters are Jun Shison, Mamoru Miyano, Yuki Kaji, and Tasuku Hatanaka. For more information, visit www.netflix.com/bubble.