OCONOMOWOC, Wis. —  A Wisconsin fire department is leading the way with drone technology.

The Western Lakes Fire Department has been incorporating drone technology as a life saving tool. The high tech drone will take the department to new heights when it comes to saving lives and helping others.

Western Lakes Deputy Chief Brad Ingersoll is the man behind the controls of the drone and is in charge of the drone program at the department. He has been in the fire service for decades and has also flown planes along with drones.

He is now flying one of the most high tech drones for a fire department in southern Wisconsin. The department was able to purchase the drone through community funding, something they are thankful for.

“The community gave us an awesome tool. We wouldn’t have been able to purchase this if it wasn’t for their donations and help,” Ingersoll said.

The drone does more than just fly. It has infrared technology, the ability to track and lock on a subject, extreme zoom capabilities, and it can drop off a six pound package to someone in need.

“We could be half way through the Kettle Moraine forest and deliver something like that through this system,” Ingersoll said.

All the bells and whistles are what firefighters like Ingersoll say can help save lives in ways they couldn’t before, like being able to save an injured swan off a lake which they recently were able to do with the help of the drone. 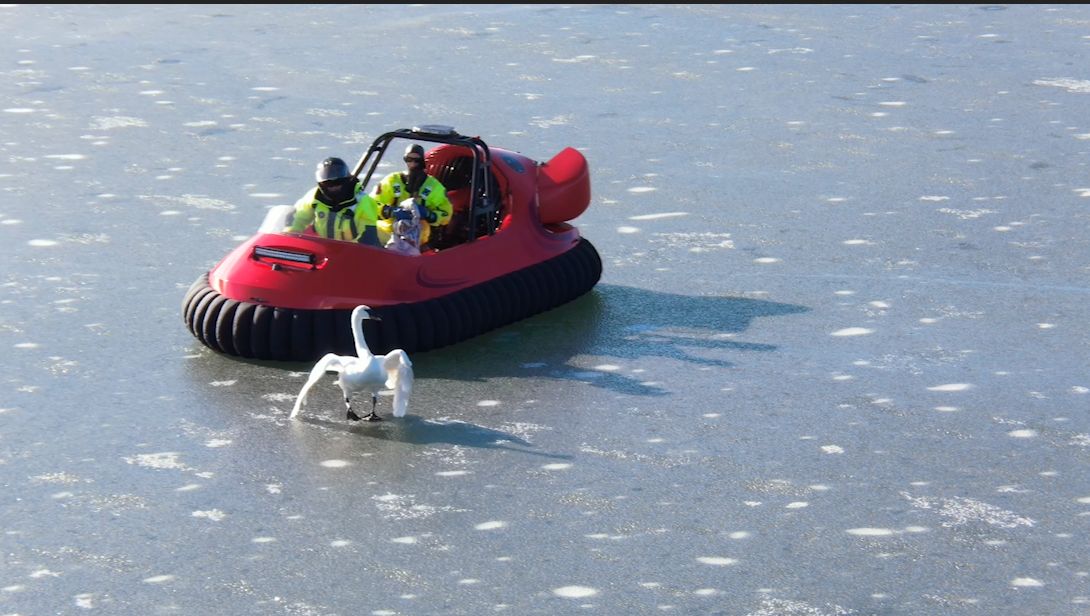 So far, they have been able to rack up over 100 flight hours and 40-50 real life missions already completed in less than a year with the drone in their hands.

“It’s one of the tools that you didn’t realize how useful it was until you have it. It does so much that wen you start utilizing it you think to call the drone out,” Ingersoll said.

Ingersoll said they are finding more and more ways to incorporate technology while responding to emergencies.