Google Canada announced it is handing out $600,000 in support of Indigenous job seekers.

The majority of the funding will go to ComIT’s ‘Recoding Futures’ program that offers free IT training to First Nations, Metis, and Inuit Canadians while $100,000 goes to Indspire’s education and job training programs, with a portion of that money going toward Google career certificate scholarships.

The partnership between Google Canada and ComIT began in early 2021 with a $250,000 grant from the tech giant. Now that the grant has been doubled for 2022, ComIT founder Pablo Listingart said, “we can scale and reach out to more people.”

ComIT has been offering free IT training to unemployed and underemployed Canadians since 2017, and with more than 1,000graduates, the charity boasts an employment rate of up to 70 per cent within the first six months.

The idea of creating an additional program targeting Indigenous Canadians came while Listingart, who is originally from Argentina, was studying for his Canadian citizenship test. He learned about the history of Indigenous people in Canada and thought, “I should be doing something, I should be helping people.”

“Indigenous people are completely under-represented in technology and we need to do something about it,” he said. 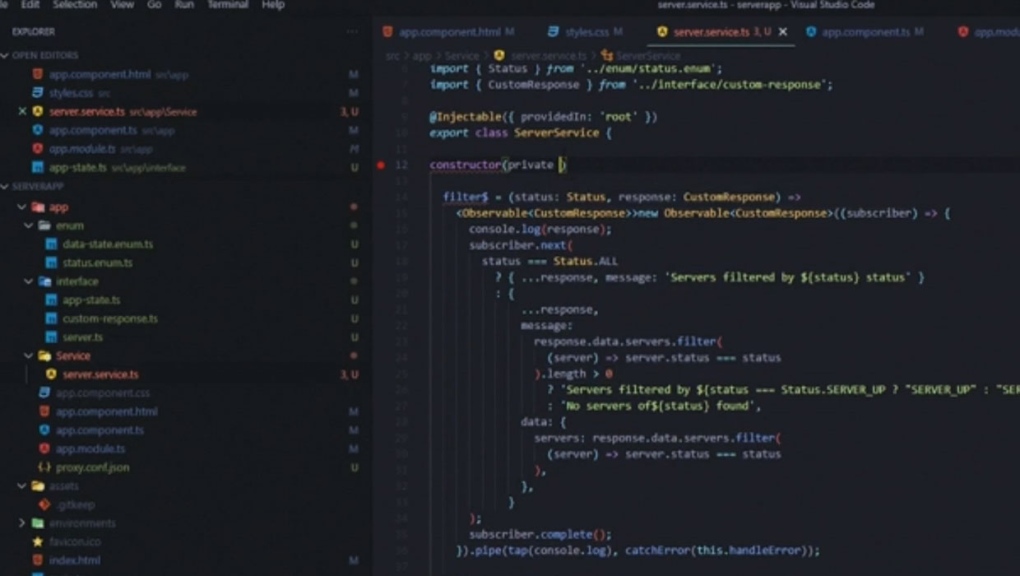 The first run of ‘Recoding Futures’ was met with enthusiasm.

“We went from thinking maybe five or six people might be interested, to suddenly having 800 registrations,” Listingart said.

The online program is broken up into two courses. The first is a one-month introductory course covering topics like HTML, CSS and Javascript. This is followed by a more specialized three-month course that allows students the flexibility to follow along on their own time.

David Patterson is Metis and was among the first round of ‘Recoding Futures’ graduates. Patterson was weighing his options in pursuing higher education, but said many of the courses were cost prohibitive. When he came across ComIT’s program, he said it was exactly what he was looking for.

“I’ve had a lot of time to study and I’ve had time to work at the same time too.”

Dr. Michael Hart, vice-provost of Indigenous Engagement at the University of Calgary, said ComIT’s program is a great first step in addressing the digital divide faced by Indigenous communities.

“We do not have generations of people being involved in IT who could pass on that knowledge, so a program like this creates more awareness of all the amazing opportunities that are out there.”

He said having the right partnerships in place is key to the success of a program geared towards Indigenous Canadians.

“For this program, the Assembly of Manitoba Chiefs and Indspire are familiar with First Nations, Metis and Inuit communities and can provide insight on the needs of these communities.”

For more information on any of ComIT’s free IT training programs, visit their website here.