Fijian Drua coach Mick Byrne is impressed with the progress the Drua players have made in a short span of training.

Most of the players moved into base camp at Lennox Head in New South Wales at the end of last year and have been undergoing intense training to prepare for the Super Rugby Pacific season. 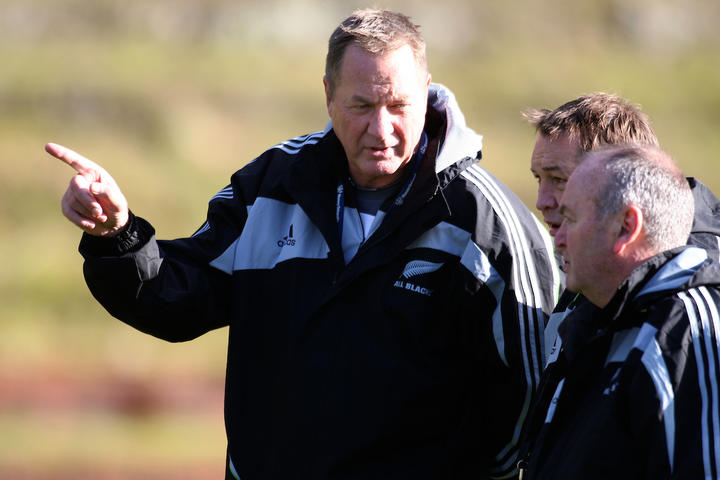 Former All Blacks and Wallabies skills coach Mick Byrne has been appointed as the new head coach of the Fijian Drua.
Photo: © Photosport Ltd 2010 www.photosport.nz

The former All Blacks skills coach says the players have proved themselves growing in conditioning and strength.

He says the players are mentally switched and on-field leadership is to the fore.

“Every day our players have turned up, they’ve been ready to go and mentally they’ve been switched on obviously it’s the on-field leadership before every training and every single player was taught into that process”.

Byrne says in a professional rugby environment which is new to most of the players, they showed the ability to bounce back the next day.

The Fijian Drua’s trial match scheduled for Sunday with Western Force has been cancelled due to covid restrictions.

The team play the Warratahs on February 18th.

Four players from the 30-man pre-season training squad have been cut while the selected players will depart today for the Gold Coast, where they will be based.

With those leaving, it has created an opportunity for the next crop of players to step up and compete for spots over the past 10 weeks of pre-season training.

The returning forwards have been forced to go up another notch and lead by example in training as the younger forwards continue to push them.

One-time pre-season squad members Casey Dickson and Valentine Culligan have been given another opportunity to make the side while experienced forward Junior Rop has been given a second chance to prove his worth.

As far as the backline is concerned, competition for spots have been healthy but hectic.

Judah Rimbu and Solomon Pokari are considered frontrunners for the halves spots following the exit of experienced pairing in Boas and Charlie Simon. However, reigning Digicel Cup premiership-winning halves Mark Tony and Jamie Mavoko have performed admirably all pre-season.

The search has begun at Cricket Vanuatu for a new high performance manager, after former Ireland international player Jeremy Bray resigned 11 months into his three-year contract for personal and pandemic reasons.

Bray created combined male and female training sessions for the leading players, which is something Cricket Vanuatu is keen to build on.

Chief executive Tim Cutler believes that the Vanuatu training model could be a success elsewhere.

Cutler is expecting no shortage of applications for the manager role with inquiries already coming in from England and India.