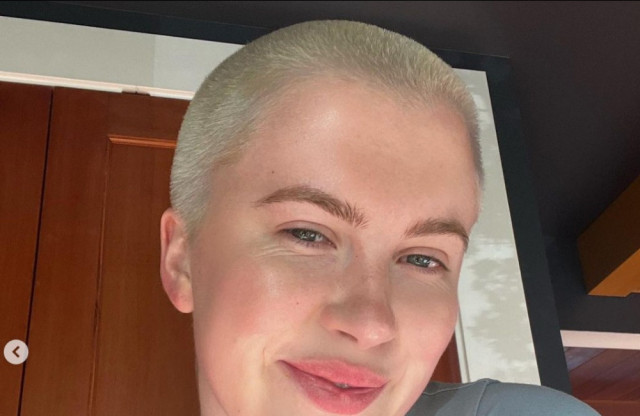 Ireland Baldwin has shaved all her hair off.

The 26-year-old model – who is the daughter of Hollywood stars Alec Baldwin and Kim Basinger – took to Instagram to show off her new buzz cut and told fans she decided to make the drastic change because her hair had been “destroyed” by years of bleach and over-styling as part of her job and she now feels “more beautiful than ever”.

She posted pictures of her new look and wrote: ” Do things that scare you. Do things that you’ll never do. My hair was destroyed by years of bleach and modelling and bulls**t since I was 17. It’s long overdue for a restart/refresh.

“I’ve always wanted to do this but I was always scared. Now that I don’t care about what other people think, I feel more beautiful than ever.”

Another snap posted on her page was captioned: “Don’t tell me I won’t do something because I will”. She also credited hairstylist Hannah Bonetti with creating her new look.

Ireland was swamped with positive comments from her famous friends and family, with her mum Kim even posting a message of support on her Instagram page.

The actress wrote: “Don’t tell her not to do something … because she will. I’m a witness to that and have been for many years … Simply beautiful.”

Ireland’s bold move comes just weeks after she declared she was done shaving after accidentally cutting herself in the shower during a hair removal session.

She wrote: “After slicing my devil’s doorbell in the shower and watching blood splatter on the shower floor, I am announcing that I am done shaving. Done with hair removal all together.”

Ireland added: “Letting cousin IT grow. Rolling with the punches. Braiding that s**t. No more shaving 2022. Too sensitive for laser so don’t even suggest. Leave me alone. I’ve decided coot hair is in. Deal with it!(sic) “

Oscar Isaac was ‘not aware’ of Moon Knight | Entertainment News