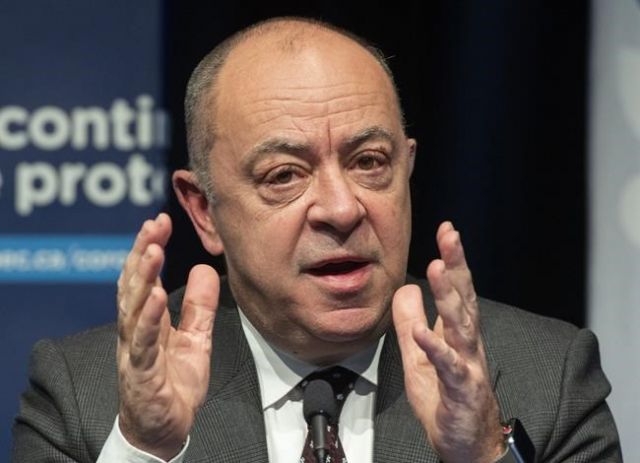 Several Quebec health authorities are being forced to cancel employee vacations as the province struggles with staff shortages and rising COVID-19 hospitalizations, and some workers fear this might be the final straw.

After working overtime without much time off since the beginning of the pandemic, nurse Agathe Vézina said the latest measure feels like a slap to health-care employees.

Vézina, who works as a mental health nurse in Rouyn-Noranda, about 500 kilometres northwest of Montreal, is currently on vacation and doesn’t know yet whether she will be affected by the restrictions. But she is worried because she booked her time off based on the availability of child care for her 17-month-old son.

“What am I supposed to do with my son, if I’m asked to go back to work tomorrow instead of next Sunday,” she asked. She said she worked hard to earn her time off, “and they want to cut them to us. Enough is enough.”

Quebec’s Health Department said on Tuesday many health-care facilities had recently disclosed plans to curtail vacations following a surge in hospitalizations and cases of COVID-19. Under a ministerial decree issued in the early months of the pandemic, employers in the health sector can suspend, cancel or refuse vacations in emergency situations.

Robert Maranda, a Health Department spokesman, said facilities in some regions, including Quebec City and Montreal, have been hit particularly hard in the latest wave fuelled by the Omicron variant, with many employees testing positive for COVID-19 or forced to isolate because of exposure to a positive case.

“The number of outbreaks and the absence of employees affected by COVID-19 is high,” Maranda said in a statement, adding that cancelling vacations is a last resort.

But the Fédération de la santé et des services sociaux, one of Quebec’s largest health-care unions, said it’s crucial to find other solutions. “Employees are reaching the end of their rope,” union vice-president Josée Marcotte said in a text message. “They are doing everything they can to slow the pandemic.”

Jean-Thomas Grantham, a spokesman for the main hospital network in Quebec City, the CHU de Québec-Université Laval, confirmed in an email that 807 employees were in isolation as of Monday.

“We have been forced to suspend the vacations of some of our employees due to the situation we are currently experiencing in our hospitals,” Grantham said. The local health authority said Tuesday the measure has affected about 15 employees since the decree was introduced in March 2020.

In Montreal’s north end, the public health authority said it is currently short 660 health-care employees. Emilie Jacob, the spokeswoman for the CIUSSS du Nord-de-l’Île-de-Montréal, said invoking the ministerial decree would avoid a disruption of services. “This measure is exceptional, and we prefer that everything be done on a voluntary basis,” Jacob said in an email on Tuesday, unable to confirm how many people could see their vacation suspended.

The public health authority in Laval, north of Montreal, said it “felt very sorry” for the impact the measure would have on families and employees. Judith Goudreau, with the CIUSSS de Laval, said it has cancelled vacations through the end of January for at least 30 employees in certain settings, such as long-term care homes. The Laval network reported that as of Tuesday it had 478 employees with COVID-19 and another 52 in preventive isolation.

In the Chaudière-Appalaches region, south of Quebec City, the health authority said it’s managing the situation case by case, without forcing employees to cancel vacations so far. “Before using these measures, we call on employees who wish, on a voluntary basis, to work overtime or even increase their availability to work more hours per week,” it said in a statement.

But on social media, health-care workers speak of a system gasping for air, and Vézina said the frustration is widespread. “There comes a time when everyone is tired, and our understanding turns into anger,” she said. “This is the grim reality for many of us.”