Deadline Day celebrates its 20th anniversary on Wednesday – but which summer windows stand out most and how much have clubs in English leagues spent on the final day for transfer business?

It has been two decades since Ivan Campo headlined the first-ever Deadline Day and made the switch from Real Madrid to Bolton, with Premier League legends Claude Makelele, Wayne Rooney, Michael Owen and Carlos Tevez making moves in the years that followed.

English clubs have splashed around £1.4bn on transfer fees in the 20 Deadline Days combined – and that sum excludes undisclosed fees. As the graphic below shows, the outlay has increased steadily since the inception of the transfer window, with a notable spike in 2008 and 2016, culminating in an all-time record of £153.9m spent last summer.

Clubs have also recouped considerable sums from player sales, but these still pale in comparison with outlays – with the exception of 2019, when English teams recorded a combined negative net spend and recouped more than they spent. You can tap the tabs on the graphic below to reveal annual figures for total spent, sold and net spend. 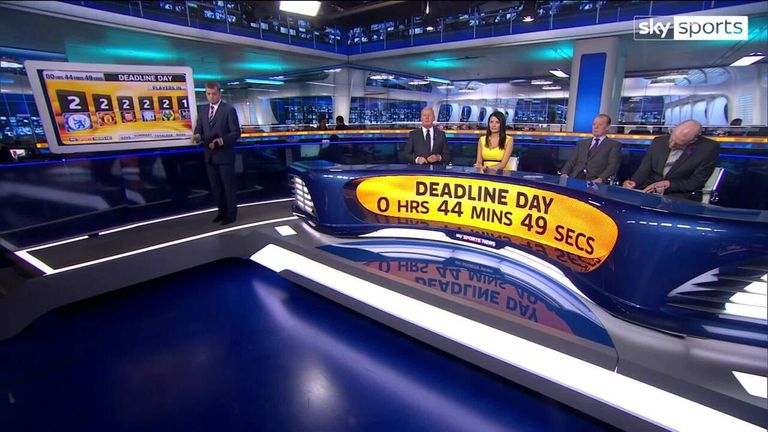 Sky Sports News takes a look back over the years of Deadline Day.

In terms of the number of transfers, that figure has held reasonably steady since 2005, with the exception of 2016 and 2020, while last summer also generated above-average deals on the final day. During that period, the average window has generated 68 incomings and 59 outgoings from recorded transfers at clubs plying their trade in the English leagues.

Manchester United have spent more cash than any other club in England on summer Deadline Days since 2002, shelling out £210.2m – equating to 15 per cent of all the money spent by English teams over the period.

Spurs also lead the way for the sheer quantity of last-minute deals on the rollercoaster annual event, with 26 incomings and 37 outgoings to register a chart-topping 63 Deadline Day deals – with Fulham, Chelsea, Manchester City and Arsenal trailing in the wake. 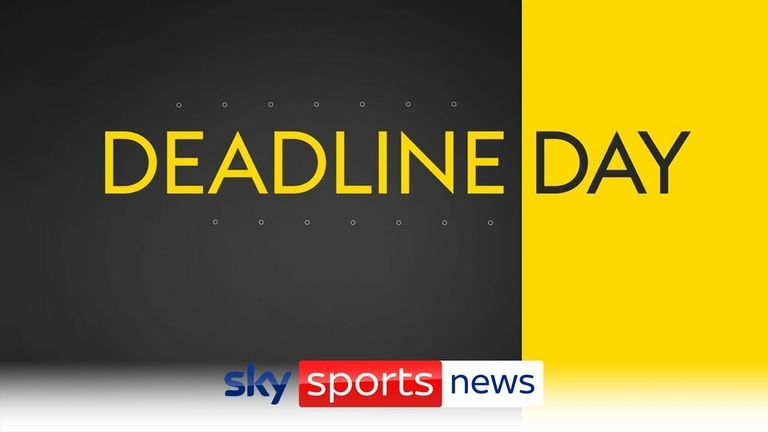 You can search every single signing on summer Deadline Days over the past two decades – arrivals and departures – using the interactive graphic below, which is initially ordered by transfer fee.

Interestingly, Manchester City’s statement signing of Robinho in 2008 – a £32.5m deal which marked the beginning of a new era for the club – remains the only pre-2010 deal to rank among the top 10.

Time is running out for clubs to do business in the transfer window. Here’s all you need to know about Deadline Day and how to follow the drama with Sky Sports.

On TV, online and on the go: You won’t miss a moment of the Deadline Day drama with Sky Sports.

Follow the latest transfer news and rumours in our dedicated Transfer Centre blog on the Sky Sports website and app – and make sure you bookmark our latest Done Deals page.

You’ll be able to keep track of all the developments on Sky Sports News, as well as getting the best analysis and reaction from our studio guests and reporters at grounds across the country and in Europe.

Our Deadline Day programming starts at 7am and continues throughout the day on Sky Sports News, where you will be able to hear from Paul Merson, Clinton Morrison, Shay Given, Wes Morgan, Paul Robinson, Lianne Sanderson, Nigel De Jong and many more.

When does the transfer window close?

The deadline is 11pm in England and midnight in Scotland.

What about in Europe?

Clubs across the continent must also complete their summer business on September 1.

The deadline is 5pm BST in Germany, 7pm in Italy, 11pm in Spain and midnight in France.