While temperatures have been above average for the majority of August in Saskatchewan, the number of heat records broken in 2022 pale in comparison to those shattered last summer.

“Last year, we set a lot more temperature records, and we got a lot more heat,” Terri Lang, a meteorologist with Environment and Climate Change Canada (ECCC), explained.

“So I’m not quite sure why people think it has been so hot this summer. It actually hasn’t been.”

Lang outlined that the end of July and mid August saw temperatures climb to slightly above average. She believes this short term increase in heat may have given people a false perspective.

“I think maybe there’s a bit of a bias, a temperature bias, because our spring was actually quite cool,” she said.

“We had a below average May, near average June, and July was pretty much on par as well. It’s just been sort of August that’s been quite warm.”

According to data from ECCC, the summer of 2021 saw 240 heat records broken:

As of Aug. 24, there have only been 52 summer heat records broken in Saskatchewan.

“It’s been warmer than average for this summer but nothing in the top 10,” Lang explained.

Higher than average temperatures haven’t been equally applied across the province.

According to Lang, certain areas have been affected far more than others.

“The farther you go west, the warmer it’s been and the further you go east it’s cooler or closer to average,” she said.

“For western parts of the province, it’s been slightly above average, temperature wise, since the end of May.” 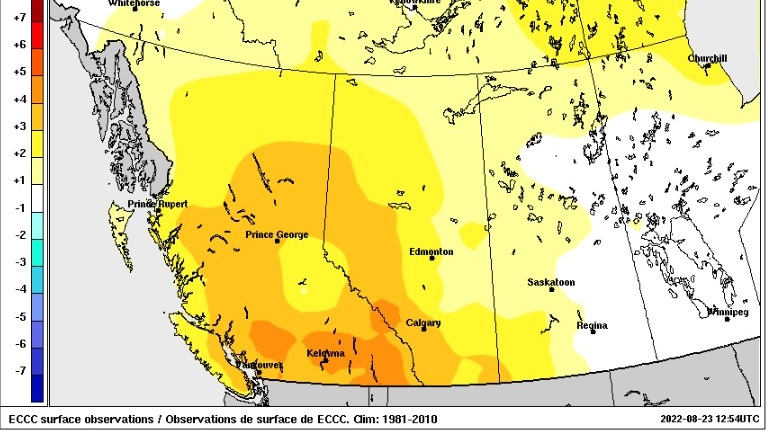