Michael Gartner, the distinguished editor, publisher and columnist and Pulitzer Prize winner, who was editor of the Courier-Journal, former editor of the Des Moines Register and served as president of the American Society of Newspaper Editors, was himself in the news recently. 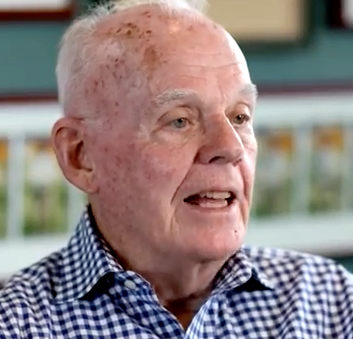 Upon his retirement from newspapering, Garner returned to his beloved Des Moines and as the principal owner of the Iowa Cubs, a minor league baseball team, a Triple A affiliate, in his home city.

Gartner, 83, decided it was time to step back so he sold the team to a national group, called his team of 23 employees together, and said, “Here are your new business cards.”

In the envelopes he presented was each employee’s share — based on longevity with the club — of the $600,000 proceeds from the sale.

There were reportedly no dry eyes in the group.

Gartner had refused to let anybody go during the crisis caused by the pandemic, arguing to his partners that the club “should do the right thing.” Then, when the team was sold, he convinced them that “doing the right thing” would be to distribute proceeds from the sale to those same loyal employees.

The U.S. Centers for Disease Control and Prevention warned people this week not to go on cruises, regardless of their vaccination status, because of onboard outbreaks fueled by the omicron variant. The CDC said it has more than 90 cruise ships under investigation or observation as a result of COVID-19 cases.

The Cruise Lines International Association said it was disappointed with the new recommendations, saying the industry was singled out despite the fact it follows stricter health protocols than other travel sectors.

In March 2020, as the coronavirus took hold in the U.S., the CDC put a halt to all cruises for what turned out to be 15 months. Last June, it allowed ships to resume sailing under new strict new conditions. In August, as the delta variant surged, the agency warned people who are at risk of severe illness despite being vaccinated not to go on cruises.

Omicron has sent cases skyrocketing to unprecedented levels across the U.S., including Florida, the hub of the nation’s cruise industry. The state set another record this week for new daily cases, with more than 58,000 recorded Wednesday. 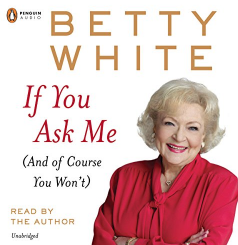 White died at her home in Los Angeles.

She is best known for her roles as Sue Ann Nivens on the “Mary Tyler Moore Show” and Rose Nylund on “The Golden Girls.” She won five Primetime Emmys and one Daytime Emmy as well as a lifetime achievement Daytime Emmy and a Los Angeles regional Emmy in a television that spanned seven decades. She made the 2014 edition of Guinness World Records as the longest-ever for female entertainer. She was awarded a lifetime achievement award by the Screen Actors Guild in 2010.

Known for her quick wit and comedic talents, she was the widow of the “love of her life,” Allen Ludden whom she met while appearing on the TV quiz show Password. Ludden died in 1981. She was an animal activist and the author of several books.

Reports indicate that celebrations planned for her 100th birthday will go on.