Wayne Rooney insists there has been no contact from Everton over their vacant managerial position, but is nonetheless flattered by being linked with the role at his boyhood club.

The former Everton striker, currently in charge of financially-stricken Sky Bet Championship club Derby County, is one of the names who has been mentioned as a possible successor to Rafa Benitez at Goodison Park following the Spaniard’s departure.

But, while Rooney understands why his name has been linked to his boyhood club where he burst onto the scene as a teenager, the 36-year-old is staying focused on his job with the Rams and stated no approach has been made from the Premier League side to the club’s administrators.

“I’m the same as everyone else, I see the speculation on social media and in the newspapers and, of course, Everton is a club I grew up supporting,” said Rooney, whose side travel to rivals Nottingham Forest in the Championship live on Sky Sports on Saturday.

“I’m flattered to get brought up in those conversations, but I know Everton will know that for them to have any communication with me they have to go through the administrators.

“Everyone loves a fairytale, but from my point of view my focus is on the game tomorrow. It’s a massive game, it’s a local derby and I have to make sure I treat it with the utmost respect it deserves, and this club deserves.

I’m flattered to get brought up in those conversations, but I know Everton will know that for them to have any communication with me they have to go through the administrators.

Derby make the relatively short trip to the City Ground for Saturday’s 12.30pm kick-off with grave concerns around the club’s future looming over them and to face their local rivals who have enjoyed a notable turnaround in fortunes since Steve Cooper took charge.

A recent statement from the EFL warned they are facing the very real threat of liquidation unless the situation is resolved, although Rooney says he has been given assurances no more players will depart without his say-so.

Pending legal action from Wycombe Wanderers and Middlesbrough has further complicated matters for potential buyers and while Rooney is sympathetic to the frustration and anger felt by Derby’s supporters, he is doing his best to ensure he and the players remain focused on the job of climbing out of the Championship relegation zone.

“We’re all frustrated and wanting a solution and wanting it to get sorted as quickly as possible, but it’s out of our control,” Rooney said. 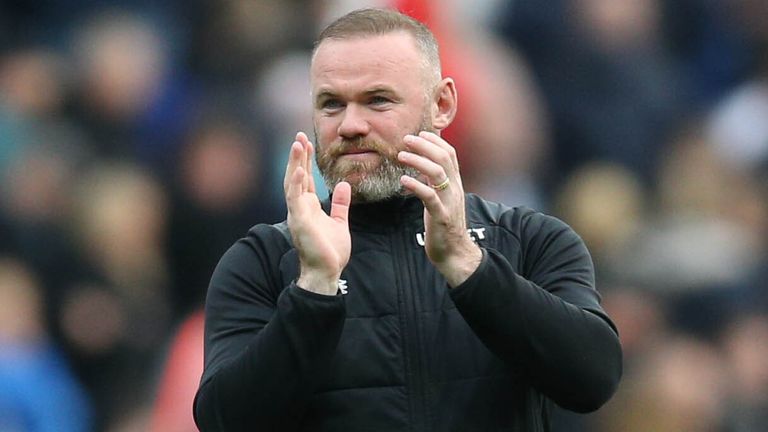 “All I can do is keep focus on my job and try to keep doing what we’re doing on the pitch and hope the work gets done off the pitch as soon as possible because the club needs help.

“I think these are questions for the administrators to answer, but from my point of view I had a conversation with them earlier this week and they’re fairly confident they can get something done next week.

“Hopefully that is the case, but we know they need help, whether that’s preferred bidders, the EFL – they need some help on that.”