WhatsApp is slowly growing to be more feature-rich than it ever was, and over the years, voice notes is one of the most-handy additions to the popular messaging service. However, the voice notes sent to you on WhatsApp can only be played while the chat where you received it is still open. That is set to change soon.

WhatsApp will reportedly soon allow users to play voice notes in the background. This will let you play a voice note and exit that particular chat window. Users will then be able to hear the voice note while checking or replying to other chats or group conversations.

The report comes from WABetaInfo, but we still don’t know if it will allow you to play voice notes and exit the app entirely, or whether the voice notes will play only as long as you still have WhatsApp open.

Playing a voice note while navigating through the rest of the app also shows you a new playback bar above your main WhatsApp screen. Check it out in the leaked screenshot below. 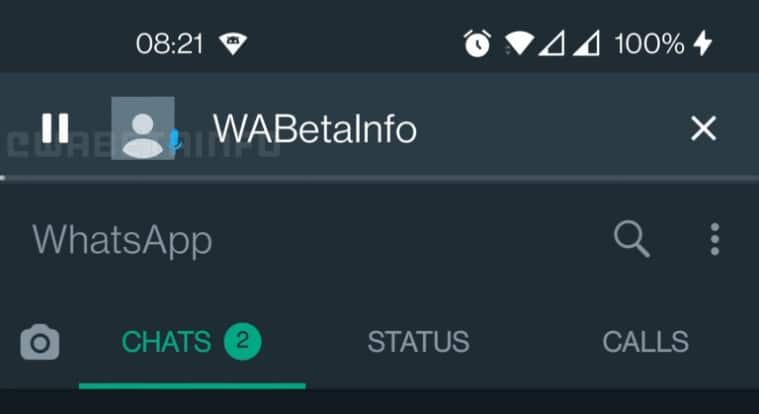 Here’s how the indicator will look like. (Image Source: WABetaInfo)

The feature is yet to be released and could take a while to get to your phone, given that it still hasn’t hit WhatsApp Beta users yet either on Android on iOS. A stable update could hence, take longer to come to Android and iOS phones.

The feature will be the latest addition to WhatsApp’s popular voice notes, which also got the ability to change playback speed a few months ago. This allows WhatsApp users to listen to messages at 1.5x or 2x speeds, which is handy if you’re short on time or need to skip to a particular part of the voice note.

3 Revenue-Generating Strategies to Grow Your SMB

WhatsApp users might soon be able to recover deleted messages