Zendaya has taken the internet by storm with her new hairstyle.

The 25-year-old star, who plays Michelle “MJ” Jones in ‘Spider-Man: No Way Home’, took to her Instagram handle to debut her new look. Striking a resemblance to the original Mary Jane ‘MJ’ from the Sider Man comics, Zendaya this time opted for a long red coloured hair.

Spider-Man: No Way Home movie review: This one’s for all the Spidey fans!

“It was time for a change,” she wrote alongside the mirror selfie, in which she’s wearing a ruffled floral dress. 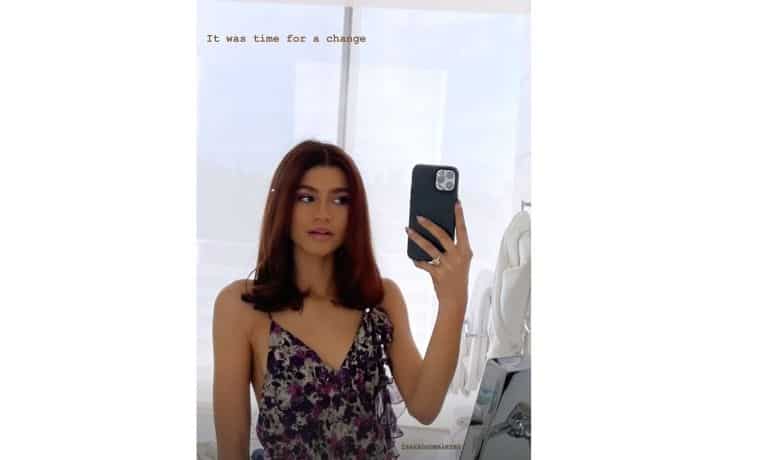 The same look, actress Kirsten Dunst also rocked when she took on the role of Mary Jane Watson in previous Spider-Man films.

Meanwhile, the Euphoria actress took to her Instagram to share some heartfelt words for her Spider-Man co-star and her rumoured boyfriend Tom Holland.

Sweetly calling him “My Spider-Man, the actress shared two pictures, one featuring Tom in a spidey suit and doing stunts, while the other was Tom’s childhood picture, where he was seen dressed in a Spider-Man costume and doing spidey actions.

“My Spider-Man, I’m so proud of you, some things never change and good thing♥️ @tomholland2013,” Zendaya wrote.